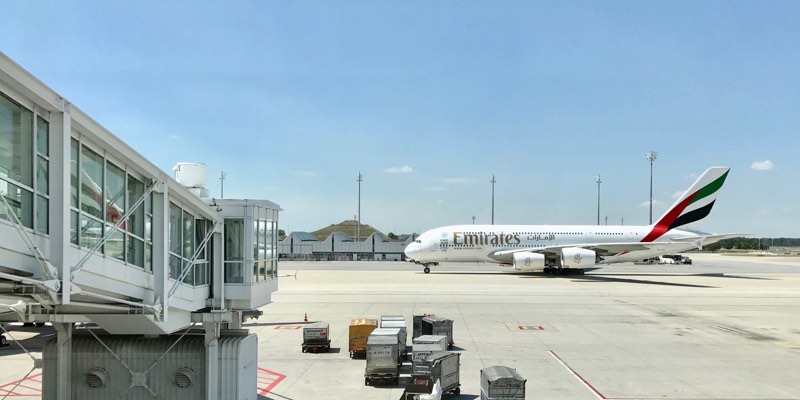 Could this be the end of the Airbus A380?

News emerged this week that could suggest the end of the Airbus A380! Does this really mean ‘curtains’ for the largest passenger jet in the world?

The Airbus A380 – aka the “Superjumbo” – first came into service in 2007. Manufactured by European firm Airbus, the mammoth airplane can hold up to 868 passengers in an economy-class configuration (with 538 on the main deck and 325 on the upper deck). However, to accommodate a comfortable three-class configuration, the plane can take 544 passengers, with Air France jumbos featuring 538 seats and Emirates jumbos featuring 489 seats – allowing more space for passengers and crew.

Renowned for its size, the Airbus A380 was long anticipated but has unexpectedly struggled to attract orders during its decade of service. In fact, during that time, only 222 A380s have been delivered, and although the company reports that 95 more planes are on order, there are strong suspicions that a large number of these are due to be canceled – including an order by Virgin Atlantic for six of those 95 planes.

So what’s happened now to signify the end of the Airbus A380?

In 2017, Airbus failed to win any new orders for the A380 – a huge blow for the company which had previously anticipated an average of 70 “very large aircraft sales” (in other words, sales of the A380) every year until 2036.

There are only 12 A380s due to be delivered this year, and only eight scheduled for next year – well below the predicted target!

That’s not to say Airbus isn’t moving any of its planes. In December 2017, the company had a record month, delivering 127 aircraft. However, the majority of these were the popular A320s. And when it comes to the A380? Only one of these was delivered.

Worse news came this week when Malaysia Airlines swapped the Airbus 380 for the smaller (and cheaper-to-run) Airbus 350 to deliver its flagship Heathrow to Kuala Lumpur service – citing a more spacious interior for passengers as the reason.

An ultimatum for Emirates?

Well, the largest customer is the Dubai-based Emirates, which – in a bid to market itself as the people-carrier for the world – centered its recent marketing move around the capacity of the superjumbo. So far, the airline has ordered 142 A380s, but so far only has 96 of those. And in November, the carrier opted for 40 new Boeing 787 Dreamliners at the Dubai Airshow, even though a new order of A380s was expected.

Airbus bosses are now looking to Emirates to save the A380. Without future orders from the airline, the company may need to cease production of the aircraft altogether. As chief salesman John Leahy said in a webinar this week, “If we can’t work out a deal with Emirates, I think there is no choice but to shut down the programme.”

CEO Fabrice Bregier suggests the company needs to produce at least six A380s a year to keep the production line viable – a target he’s confident Airbus can fulfill. However, with Emirates the only likely airline to be able to order six planes a year, will this happen in reality?

Currently, Emirates is unlikely to place further orders if it can’t guarantee production will be in place to deliver the A380s – yet Airbus needs those orders to keep production going. It seems to be a Catch-22 situation for the A380 for now…

Do you think this news signals the end of the Airbus A380? Time will surely tell.