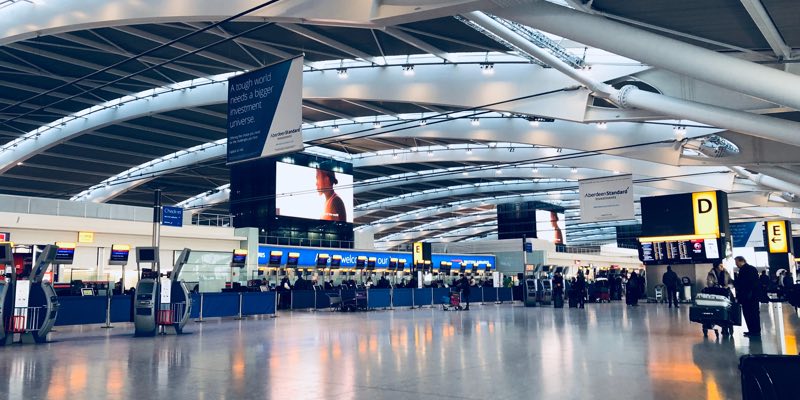 Do you know which are the world’s largest airports?

Have you ever visited one of the world’s largest airports? If you’re not sure, we’ve got the top list for you here. But be ready if you do visit one of these behemoths – it might take you longer than anticipated to find your gate!

The world’s largest airport by land area is King Fahd International Airport (KFIA). Sprawling a huge 299.6 square miles, this massive airport took 15 years to build! If you ever visit, be prepared to navigate your way around the six-story terminal, covering over 3.5 million square feet. You’ll even discover a mosque on the roof of the car park, big enough for 2000 worshippers!

Unfortunately, you won’t be able to see everything the airport has to offer – unless you’re a member of the Saudi Arabian royal family of course or a senior official. Their private terminal covers 177,000 square feet and is only reserved for very special guests to the country!

Now here’s one of the world’s largest airports you’re more likely to visit in your lifetime. Denver International Airport covers just over 52 square miles – a fraction of KFIA but still huge by everyone else’s standards!

DIA is known for the longest public-use runway the country has to offer and is also famous for the full range of destinations it flies to all over the world. Maybe that’s why it’s developed such a strong reputation, winning the accolade of ‘Best Airport in North America’ on numerous occasions.

Another familiar name on the list, Dallas/Fort Worth (DFW) covers just under 27 square miles – just over half the size of DIA. Located between Dallas and Fort Worth, this major airport has its own ZIP code and emergency services. Flying to over 200 destinations all over the world and with five terminals, it also makes the list of the world’s busiest airports. DFW is also the largest hub for American Airlines, and in 2017, saw over 67 million passengers pass through its gates.

Just 200 miles from our Florida flight school, Orlando International Airport (MCO) comes fourth on the list of the world’s largest airports. At just under 21 square miles, it doesn’t come far behind DFW, and also hits the list of being one of the busiest airports in the United States.

Not only is it the most popular destination for passengers all over the world coming to visit Orlando’s world-famous theme parks, but it’s also ideally located for Floridian travelers, many of whom can drive to the airport in under two hours!

Just 26 miles west of the center of Washington DC, our final entry on the list of the world’s largest airports services the city and the surrounding locations. Passengers at Dulles International (IAD) have 18.7 square miles to navigate as they find their way to one of the 135 gates available, each flying to one of 100 destinations across the world. IAD also holds the accolade for the most international passengers outside of the New York area, many of whom come to visit our historic capital.

Were you surprised to learn that four of the world’s largest airports are in the United States?

The chances are, if you haven’t flown through one of them already, you almost certainly will in your career as a commercial pilot. And if you haven’t taken steps to start that fantastic journey, it’s time to begin at CTI Professional Flight Training.