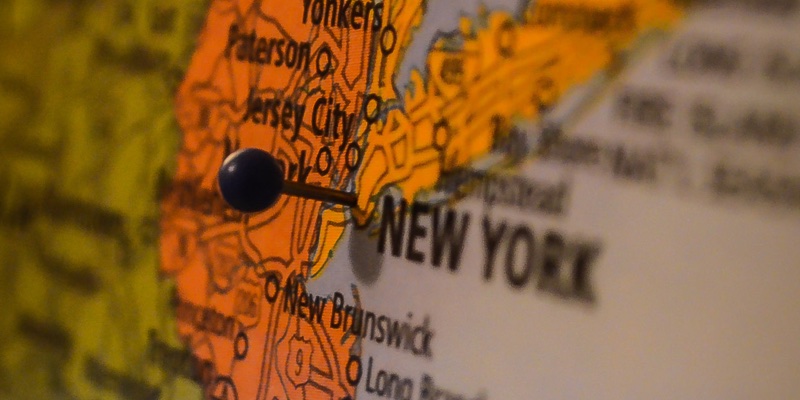 From west to east, the USA spans an incredible 2,680 miles, with thousands of passengers making this trip every day.  What’s more, countless aviators have fought to break the Cross-America Airspeed Record by flying this route in the fastest time possible – an ultimate test of engineering and endurance.

Although the average transcontinental flight takes just under six hours today, the first one took a little longer – 50 days, in fact!  The year was 1911, Calbraith Perry Rodgers was the pilot, and his aircraft was the Vin Fiz Flyer.  Rodgers made 70 hops on his journey from New York to Long Beach, spending a total time of 3 days, 10 hours and 14 minutes in the air.

Rodgers held his record until 1919 when the US Army held the ‘Transcontinental Air Race of 1919’ to test pilots’ reliability and endurance.  67 planes began the round-trip from East to West, 33 planes made the first leg, and only 8 made the full round-trip – with nine deaths occurring during the event.  However, Belvin W. Maynard shaved just over 7 hours off Rodgers’ time in the first leg of his trip, seizing the transcontinental record.

Record-holders who came back for more

In the years to follow, the records came thick and fast.  Some pilots became famous for breaking their own records, like Frank Hawks who took the record for flying from Los Angeles to New York City in 18h 22m.  Within 18 months, he shaved this time down to 12h 25m!

Another repeat challenger was Roscoe Turner who first flew from New York to Burbank in 1932 in a time of 12h 33m.  Eight months later, he undertook a flight taking just 11h 30m, making a record that would last for 69 years.

As technology was improved, the flight times got quicker.  In December 1945, Glen Edwards and Lt. Col. Henry E. Warden achieved the first sub-6-hour flight when they flew the XB-42 Mixmaster from Long Beach to Washington, DC in just 5h 17m!  In the process, they also set a new speed record of 433.6 mph.

Due to the jet stream that blows West to East, attempts to break the Cross-America Airspeed record have mainly been in this direction.  Today, the fastest time recorded for a West-to-East flight is an unbelievable 64 minutes, achieved in 1990 by the SR-71 Blackbird on its retirement flight to a museum in Virginia.  This military aircraft was designed to outrun missiles, so was easily capable of the 2,124mph speed it averaged on its final flight!

Finally, the fastest East-to-West flight is held by the legendary Concorde G-BOAG, again on its retirement flight to a museum in Seattle.  Taking only 3h, 55m and 12s on this flight in 2003, it beat Turner’s 1933 record by nearly 7-and-a-half hours.

Can you imagine yourself speeding to a new record?  It’s never too late to learn to fly, so get started now at CTI PFT!