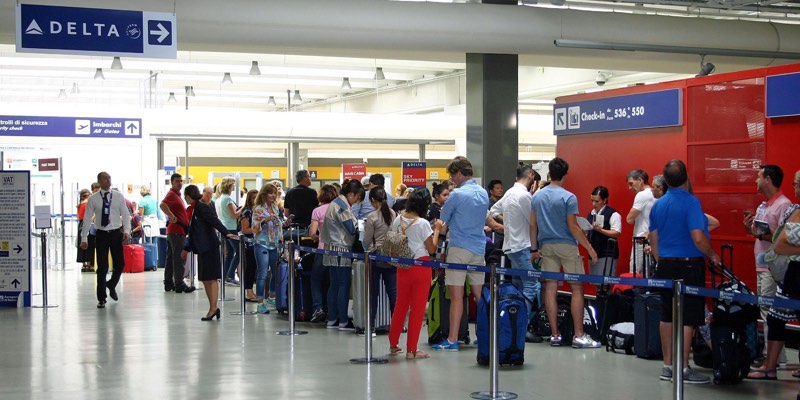 If you’re training to become a commercial pilot at our flight schools in Florida  and Tennessee,  you’ll soon learn about the delicate art of flight schedules – and what happens if they don’t go to plan!  Last week’s Delta outage was a case in point…

Delta Air Lines hit the headlines last week after a technical problem left airplanes grounded and thousands of passengers stranded.  And unfortunately for those passengers – and Delta – an outage can impact an airline’s flight schedules for days after the event.

It all began in the early morning of August 8.  A critical power control module malfunctioned at Delta’s technology command center, leading to a surge to the transformer.  This surge caused a loss of power, and although only momentary, the impact was huge.

Although some of Delta’s systems automatically switched over to backups, a number of other critical systems and equipment failed to do so.  It was the customer service systems that were mainly affected, which were responsible for managing check-ins, boarding and dispatching aircraft.

As a result, more than 2,100 flights were canceled and many more delayed in the days to follow. Despite predictions that flights would be back on schedule by Wednesday 10 August, flights were still being canceled on Thursday.  Tens of thousands of passengers found themselves stranded at airports, either waiting on the tarmac or being forced to spend hours waiting for updates in the terminal.

So how can a momentary outage on a Monday still have an effect four days later?  There are a number of reasons:

Delta will also carry financial burdens from this outage, having promised $200 in vouchers to customers who were delayed for three hours or more – and that’s a lot of customers!  Investigations will continue as to why the systems failed to switch over to backups, with questions asked over investment in vital infrastructure.

Luckily, problems like the Delta outage are a rarity for airlines, but remind us how much we rely on things going to plan!