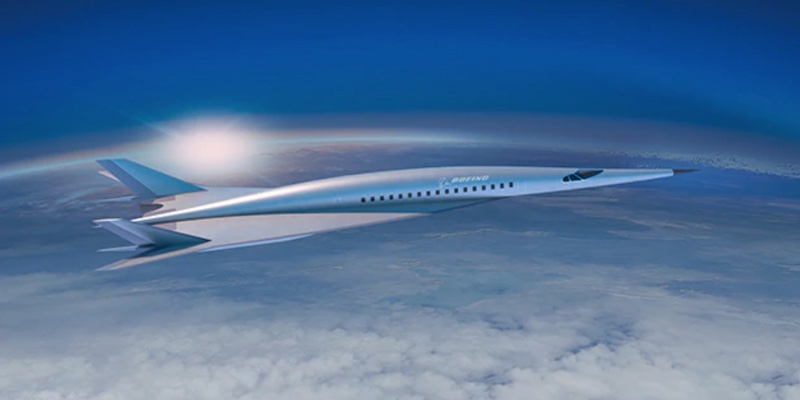 Boeing’s latest plans for a super-fast hypersonic jet could see passengers flying from New York to London in just two hours! But how long might we be waiting for the speediest way to fly?

Boeing announced its plans this year for the hypersonic jet – a futuristic airplane which could hit speeds of up to 3,800 mph. That’s Mach 5, or almost five times the speed of sound!

The only aircraft which has ever come close to these speeds is Concorde, which had a maximum capacity of Mach 2.04 and a top speed of 1,354 mph. In comparison to Boeing’s hypersonic jet, however, Concorde would be falling behind in the condensation trails, given that a hypersonic jet could achieve over twice those speeds.

As well as crossing the Atlantic in just a couple of hours, the hypersonic jet could cross the Pacific in only three hours, making far-flung destinations even closer for passengers. In fact, you could cross the ocean and come back on the same day – making this a likely win with business passengers!

So how does it achieve these speeds? It’ll all be down to the design: a delta-wing configuration, paired with a pointed nose, an ultra-streamlined fuselage, and a pair of wings at the rear – not to mention the most advanced engines the world has ever seen.

Using a combination of jet engines and turboramjets, the jet engines would get the hypersonic jet up to speeds of Mach 2 or 3, before the turboramjets would kick in to take on the faster airflow and get the aircraft to top speed.

And how many passengers could fly at once? Well, Boeing has yet to decide, but it’s likely to be somewhere between 20-100 at a time. And those passengers will experience 12 minutes of G-force at the beginning of each flight while the hypersonic jet reaches a cruise altitude of 95,000 ft (roughly 35,000 ft higher than the average passenger jet).

So the only question that remains is how long we’ll be waiting until the hypersonic jet becomes a reality. According to Boeing, they expect to see the first hypersonic flight in 20-30 years, so we still have some waiting to do! However, the company has every faith in its ability to develop the technology that could make this rapid progress in air travel – quite literally!

Begin your career as a commercial pilot now, and you could very well be one of the first to fly Boeing’s hypersonic jet in a few decades’ time! Even better reason to get started with us at CTI Professional Flight Training – find out more today.