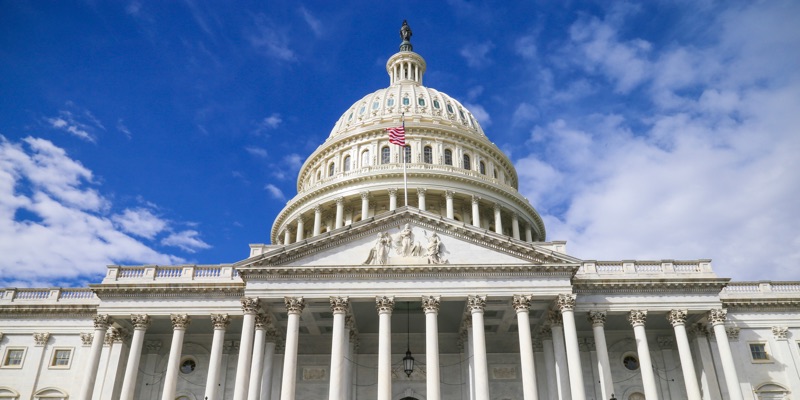 Wondering what the FAA Reauthorization Act means for airlines?

If you’re wondering what the FAA Reauthorization Act means for airlines, passengers and air travel in general, we’ve got the lowdown on this new legislation, signed off by President Trump on Friday.

One of the key roles of the bill is to extend the authority of the FAA for another five years, but there’s a lot more to what the FAA Reauthorization Act means for US aviation. Among a host of changes, here are some of the changes you might notice as a result:

Bumping passengers after boarding will be illegal

Remember the case of Mr. Dao? He hit headlines when he was forcibly removed from a United flight to make way for an employee. When a flight is oversold, airlines can “bump” passengers after boarding – but that will no longer be allowed under the FAA Reauthorization Act.

After much debate, the FAA will now set a minimum seat width and distance between seats, to which all airlines will need to adhere. We’ve yet to learn what those measurements will be though; the FAA has a year to set them.

More clarity over delays or cancellations

There’s nothing to prevent airlines from blaming the weather alone when a flight is delayed or canceled, even if other factors are at play – until now. The FAA will now look into whether it is “deceptive” to relay such a message to passengers, meaning airlines may need to divulge additional reasons in the future.

No cell phone calls or e-cigarettes in the air

Right now, no commercial airline allows passengers to make cell phone calls or to smoke e-cigarettes in the air. However, the FAA Reauthorization Act will ensure it can never be the case, by federal law.

When a passenger can’t leave their pet at home, they can look forward to their company throughout their flight from now on, as the new legislation restricts putting pets in overhead luggage bins. Furthermore, new checks will ensure passengers can’t check in their pets as service pets.

Pregnant passengers to board early

Early boarding already exists for those with young children, the elderly or the less mobile. The FAA Reauthorization Act will also require airlines to extend this benefit to pregnant passengers too.

Refunds for services not received

If a passenger has booked a premium seat that wasn’t available, or their in-flight entertainment system doesn’t work, they may now receive a partial refund under the new legislation.

Airline workers will also see new benefits from the Act, such as increased rest time between duty days for flight attendants.

Increased penalties for interfering with the crew

If a passenger interferes with a member of the cabin crew or flight crew, they can already expect a penalty – but these will increase under the FAA Reauthorization Act.

Drones are covered quite significantly in the FAA Reauthorization Act. For example, the FAA will now need to develop regulations for commercial package-delivery drones (such as those proposed by Amazon). Homeland Security, the Justice Department, and federal law enforcement will also be allowed to shoot down or hack privately owned drones if they believe them to be a threat.

The above is just a portion of what the FAA Reauthorization Act means for the aviation industry from now on, but there are some omissions.

Some expected inclusions to set the ball rolling on the privatization of the air-traffic-control system. Even more importantly, there were calls for a clampdown on “unreasonable” airline fees (such as setting maximum baggage fees), but it seems this won’t happen for now.

One thing’s for sure though: the FAA Reauthorization Act is set to make some changes for airlines. We now have to wait to see how far those changes go.