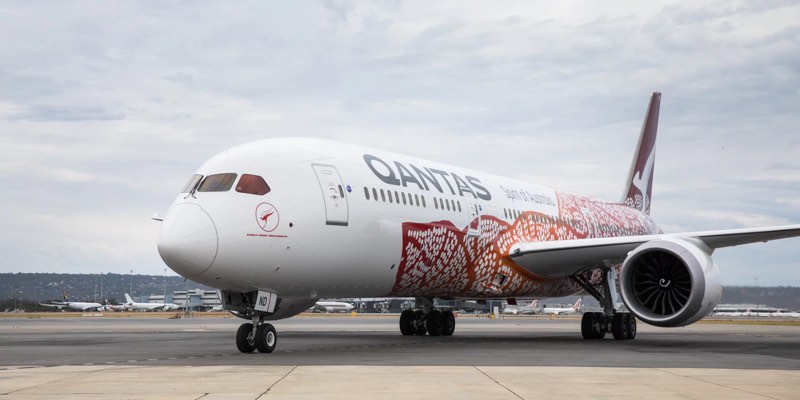 In the early hours of this morning, Australian airline Qantas made history with its first Australia to the UK non-stop flight. And it wasn’t just a momentous moment for the passengers – it also marks a new era for ultra-long-haul routes for the airline.

Yesterday, Qantas Flight QF9 took off from Perth in Western Australia to begin its 9,009-mile (14,498km) trip to London Heathrow. And after just over 17 hours in the skies, the Boeing 787-9 Dreamliner touched down to a welcome from airport staff dressed as kangaroos, aborigines, beefeaters and Buckingham Palace guards in bearskin hats!

From the pilots to the passengers (some of whom had booked the flight just to be one of the first to fly from Australia to the UK non-stop), everyone agreed this was a huge step forward in aviation history.

Until now, passengers flying between London and Perth have had to stop in the Middle East to refuel, adding another three hours at least onto their journeys. However, this new non-stop route negates any need to refuel – thanks to the use of the ultra-efficient Dreamliner.

The aircraft itself is twice as fuel-efficient as the Boeing 747 and is specially designed to ensure passenger comfort throughout an extended flight – including features to minimize cabin noise and improve air quality.

Qantas now anticipates high demand for this new route – not just for passengers traveling between Perth and the UK, but also for those who will use the route to fly onward to Sydney on Australia’s east coast.

The airline is even teaming up with the University of Sydney, using this new route to learn more about jetlag and the impact of traveling across multiple time zones. Some passengers on yesterday’s flight agreed to share information about their sleep, mood and physical activity during the trip, using a medical-grade wrist monitor, while another device was used to measure their posture during the flight. So maybe this flight will be ground-breaking in more ways than one!

Qantas’ Australia to the UK non-stop route still doesn’t top the list of the world’s longest flights. That accolade goes to Qatar Airways’ Doha to Auckland route at 9,032 miles – just 23 miles further in total. However, Qantas is now set to join airlines including Qatar Airways, Emirates and United Airlines who have flown ultra long-haul routes across the world.

Could you see yourself captaining ground-breaking flights in the future? An exciting career in aviation is waiting for you – and the first step is to train with CTI Professional Flight Training! Get in touch to see which opportunities lie ahead at our Tennessee and Florida flight schools.