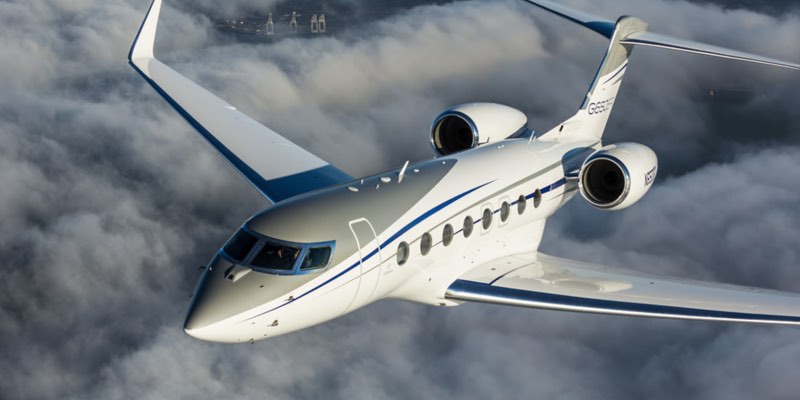 You might think a flight from New York to Dubai might take some time, but not if you’re flying a Gulfstream G650! Last week, this small-but-mighty business jet broke world records when it flew from Teterboro, NJ to the United Arab Emirates in 11 hours and two minutes. That’s one hour and 48 minutes less than the previous record!

About the Gulfstream G650

The Gulfstream G650 certainly packs a punch. This ultralong-range bizjet (also referred to as a private jet) has made waves since Gulfstream Aviation brought it to market. There are over 325 operating in the world currently, with notable owners including Amazon founder and CEO Jeff Bezos, record company exec David Geffen, and Laurene Powell Jobs, widow of Steve Jobs.

It’s easy to see why the Gulfstream G650 is so popular with its owners. Carrying eight passengers, with a performance of 7,500 nautical miles at Mach 0.85, this super-fast jet can cover vast distances non-stop in record time.

Other records it has set include:

All of the above were flights with a speed average of Mach 0.90.

Two Rolls-Royce engines power the Gulfstream G650, while large windows fill the luxurious cabin with natural light. Little wonder, then, that the bizjet has been dubbed the “best that money can buy.” And how much do you need to afford one of these magnificent aircraft? Just a cool $65 million will do it!

After the G650’s record flight last week, this could bring Gulfstream Aviation’s speed records set to date up to a grand total of 79. The company was taking the opportunity to show the jet’s powerful capabilities on its way to the Middle East and North Africa Business Aviation Association Show, and it certainly did just that.

As Mark Burns, the President of Gulfstream Aviation, said in a statement to the press, “…the G650ER remains in a class by itself.” Don’t you wish you could fly one yourself?!

If you can see yourself flying the bizjets of the future, potentially setting records in incredible jets like the Gulfstream G650, why don’t you start your career as a commercial pilot with us?

At CTI Professional Flight School, we’ve got all you need to help you succeed, from expert tuition to a fantastic fleet to fly. We’ve even got two locations to suit you. So get started with us! Book your Discovery Flight today.