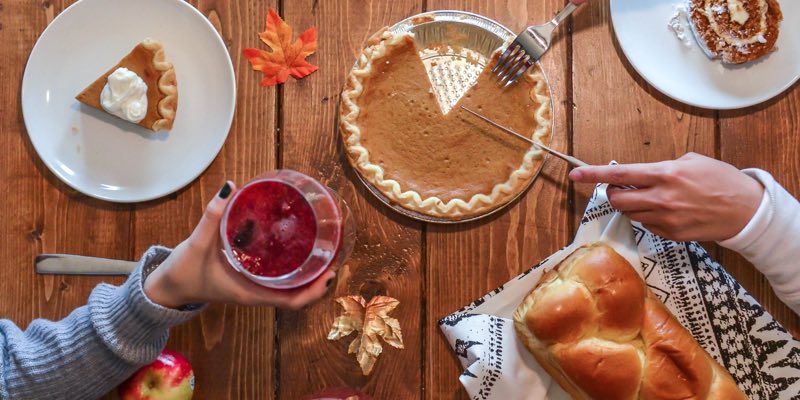 Will you be flying on the busiest Thanksgiving ever?

It’s never a quiet time for airlines, but this year, the nation’s airports are anticipating their busiest Thanksgiving ever. Expected passenger numbers in the 12 days surrounding Thanksgiving 2018 are expected to hit a record 30.6 million! That’s more than the entire population of Texas!

This year’s anticipated figures edge slightly in front of last year’s when 29 million passengers crossed the country by air to visit family and friends for the holiday.

When are airports at their busiest?

Throughout the Thanksgiving period, the three busiest days to fly are the Sunday before Thanksgiving, the day before (that’s today!) and the day after. Therefore, US airlines have been reminding customers to get in line early at the airport, particularly if they have luggage to check.

And with passenger numbers per day expected to be 137,000 more than last year, those airports are only going to be busier to negotiate! Predictions suggest an average of 2.55 million passengers will be passing through the country’s airports every day this Thanksgiving period, so if you’re one of them, you’d better prepare for a few crowds along the way.

What makes this year so busy?

So what is it about 2018 that will make it the busiest Thanksgiving ever? Much of it comes down to the affordability of flights right now. Since 2010, airfares have fallen by about 7% when adjusted for inflation, meaning that air travel is particularly attractive right now (you may have grabbed some unbeatable Thanksgiving deals yourself!).

If you want to avoid the crowds but need to travel this week, it is still possible. Thanksgiving itself is the quietest day of the period, with anticipated passenger numbers dropping by around 750,000. No surprise as that’s when most of the country are sitting down to their turkey!

Speaking of which, if you are flying somewhere for Thanksgiving this week and want to bring some of that delicious goodness back to Memphis or Fort Lauderdale, it’s important to know what you can and can’t bring on the plane. Surely there’s nothing more devastating than having to toss those mashed potatoes in the trash because you didn’t pack them properly!

How to bring your Thanksgiving dinner back with you!

Here are the rules. Anything that’s deemed “non-spreadable” or “non-liquid” (including turkey, baked potatoes, pies, bread or dry stuffing) can be brought on board as they are (wrapped of course!). However, if it’s liquid or if it spreads – like gravy or mashed potatoes – you need to store it in a 1-quart sized, zip-lock bag, and make sure you’re carrying no more than 3.4 oz with you.

Follow these rules, and you’ll be good to go!

Whatever you’re doing this holiday, whether you’re spending it with friends or family, or battling through airports on the busiest Thanksgiving ever, we wish you a very happy and memorable Thanksgiving, from all at CTI Professional Flight Training.