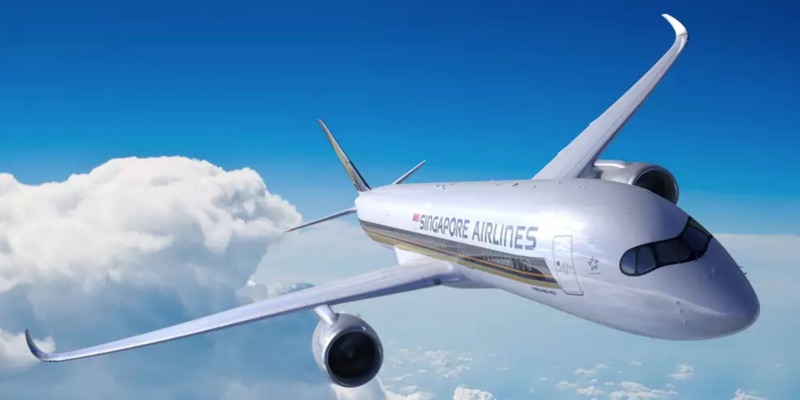 Did you know the world’s longest non-stop flight took to the skies this week? Departing from Singapore on Thursday 11 October, and landing at Newark on Friday 12 October, the mammoth 16,700km trip made headlines around the world.

The Singapore Airlines flight is, in fact, a revival of one of their old routes, cut back in 2013 for being too costly. However, following demand from passengers, the flight has been brought back, connecting these two global business hubs in a 17-hour-and-52-minute journey.

This week, it was flight number SQ22 which marked the return of the route, with 17 crew and 150 passengers on board. That number’s quite small given that the average passenger capacity of a jumbo jet – but there’s a difference with this route.

The world’s longest non-stop flight comes courtesy of Boeing’s brand new A350-900 ULR (ultra-long-range), announced earlier this fall. It seats 325 passengers across three classes; however, for the Singapore to New York flight, Singapore Airlines have stated they will only sell business class and premium economy tickets.

As such, they’ve configured the plane to seat just 161 passengers – with 67 in business class and 94 in premium economy.

So what makes the A350 so suitable for the world’s longest non-stop flight? Firstly, it boasts an ultra-efficient modified fuel system which carries 24,000 liters of fuel with no need for additional tanks. Secondly, the aerodynamic design – including elongated wingtips – reduces drag and improves fuel efficiency, meaning the aircraft is capable of flights longer than 20 hours!

So how does the crew manage to combine work with sufficient rest on a flight which was predicted to be 19 hours? Firstly, the flying is shared between two teams, each comprising a captain and first officer. Team One take care of take-off, before handing over to Team Two for the next five hours. The two teams then alternate, ending with the original captain for landing.

And what about the cabin crew? Well, if the flight is due to take over 19 hours, they’re entitled to five hours’ break, and anything under 19 hours means a four-hour break. Together, the team works out a rota of breaks, and each attendant is ready to get some rest, they can retire to the crew space above the cabin, where beds are waiting for them!

SQ22 wasn’t the only non-stop flight to hit the headlines in 2018. Qantas’ non-stop flight from Perth to London took off this year, and industry experts are suggesting that the current demand for non-stop flights is high – although they also say it’s a trend which can fall in and out of fashion. However, if this week is anything to go by, we’re likely to see more non-stop flights – and maybe one to rival Singapore to New York?

Could you see yourself piloting a ground-breaking flight in the future? Start your journey to become a fully fledged commercial pilot at CTI Flight Training – we’ll be with you every step of the way!